If you’re anything like me, you grew up at a time where Tab and Diet Coke were all the rage, and we routinely snacked on Domino’s pizza, Cheetos and Doritos with our friends.

We didn’t care what we ate and honestly – we didn’t know any better. For the most part, we felt fine.

So, why is it that today’s teens seem to be struggling in greater numbers and depression is reaching almost epidemic levels with today’s young adults?

Could it be that there is a link between today’s highly processed foods and the way our kids feel?

According to a recent study through the University of Alabama, the answer is yes.

The study found that depression among middle school children is on the rise. The U.S. Federal government data revealed the rate of major depressive episodes among children 12 to 17 years old within the last year had skyrocketed by a massive 52 percent between 2005 and 2017.

Among older teens and young adults, the rate of depression, psychological distress and suicidal thoughts over the last year was even higher – 63 percent.

The numbers are astounding and they mirror what I see in my own practice today. More and more teens are struggling and food is definitely a contributor.

They are constantly bombarded by information, they’re attached to devices and social media and are flooded with negative news about global warming, political hostility and more. From the day they’re born they face competition whether it’s getting into the right school, having the right friends, or picking the right life path – it can be overwhelming. Today’s teens also get far less sleep than we might have and never really allow their brains the chance to truly rest!

But today’s teens also have greater access to highly processed foods and snacks that seem to be contributing to their overall depressive state.

According to the University of Alabama at Birmingham study, teen and pre-teen depression may actually be associated with the consumption of a high fast-food, low plant based diet.

When researchers analyzed the urine of a group of pre-teen children in their study, they found unusually high levels of sodium and low levels of potassium.

When you think of high sodium, you immediately think highly processed, fast food, frozen meals and junk food. Low potassium is typically a sign that a diet is lacking such things as fruit and vegetables – bananas, sweet potatoes, tomatoes, avocado or even foods like salmon.

The study also found that higher urine levels of sodium, and potassium at baseline, predicted more signs of depression a year and a half later, even after adjusting for variables such as blood pressure, weight, age and sex.

So why does low potassium and high sodium actually impact depression?

When it comes to potassium, it turns out that over 98% of Americans aren’t reaching their recommended intake. Likely to blame is our overall diet that is high in carbohydrates and processed foods.

What potassium does for our bodies is regulate fluid balance and muscle contractions and maintain healthy nerve function. When potassium is low in our blood stream, it leads to weakness, fatigue, muscle cramps – and yes, mood changes.

Especially when a teenage brain is already deprived of sleep, a diet low in potassium can only make it worse.

Thus, increasing your teen’s intake of potassium rich foods might help them gain energy and perk up in the long-run.

When it comes to sodium, scientists have long suspected there is a link between sodium and mood. At one time, salt was thought to be an antidepressant in people with low sodium in their bloodstream because of the impact salty foods would immediately have on food.

But, as it turns out, the converse is also true.

Having too much sodium in your body can disrupt your neurological system. It can also impact your immune system causing fatigue and fluid retention – which can impact your overall mood.

Teens who already live a stress-filled, information-filled and sleep deprived life, are even more susceptible to deep mood changes when poor nutrition comes into play.

So what can you do?

If you have a teen who is struggling with depression, I highly recommend you have him or her evaluated.

If you want more information on how to help your teen or what kind of nutrition plan might work for your child, I can work directly with your family to create the right plan for you!

Is Junk Food Making Your Teen Depressed?2019-10-302019-10-30https://merylbrandwein.com/wp-content/uploads/2022/02/bin-logo-r.pngMeryl Brandwein Nutrition - Licensed Nutritionist and Dietitian, Nutritionist Weston, Brandwein Institute for Nutrition and Wellnesshttps://merylbrandwein.com/wp-content/uploads/2019/10/teendepressed.jpg200px200px
Disclaimer
This site does not provide medical advice, diagnosis, or treatment. Use of this site is subject to our terms of service and privacy policy. All material provided on this website is provided for informational or educational purposes only. Consult a physician regarding the applicability of any opinions or recommendations with respect to your symptoms or medical condition.

We're not around right now. But you can send us an email and we'll get back to you, asap.

Schedule a call with us! 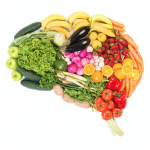 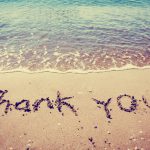