Is Disordered Eating Becoming an Epidemic?

You’ve heard of eating disorders, but have you heard of disordered eating?

Eating disorders is a diagnostic term that covers four specific types of disorders: anorexia, bulimia, binge eating and eating disorder not otherwise specified. And while we all have known someone who has probably fallen into one of those categories at some point in our life . . . simply falling outside one of those categories doesn’t mean that we actually are healthy eaters.

According to Psychology Today research shows that nearly 50% of us have a problematic relationship with food, body or exercise!

Yes, literally half of us are struggling in some way or another when it comes to eating.

In many ways it’s puzzling that an activity that we need for our basic survival has become so problematic – and also, in some ways it’s not.

With the messages we receive on social media, television, mainstream publications, it’s no wonder that more of us don’t actually struggle with how to eat, what to eat or even how much we’re supposed to eat to maintain a healthy lifestyle.

But the truth is that in my practice I see a growing number of clients struggling with food or good body image and, at this point . . .it truly feels like it’s become an epidemic.

Now, I know that may sound dramatic, but let’s take a step back and take a look at what’s really going on here.

Disordered eating is a term that describes a variety of irregular eating or physical behaviors that may or may not warrant a classification as an eating disorder.

In plain English . . . what that really means is that anyone who struggles with food or excessive exercise and engages in behaviors that might be characterized under one of the 4 categories of an eating disorder (binging, restricting, diet pills, etc.) might have disordered eating.

And no matter how tempting it might be to say that we all have issues with food, the truth is that disordered eating is more than just feeling a little guilty about the pizza you ate last night or the cupcakes that you dove into with friends.

No, disordered eating is a real struggle for many people and it often goes ignored because it doesn’t rise to the level of a true disorder!

So, what are the actual signs that you might have disordered eating?

Like with many eating disorders, people who struggle with disordered eating might show any or all of the following signs.

The difference between someone with a full blown eating disorder and disordered eating can appear to be slight and in truth, it’s often only a matter of degree.

But the truth is that someone with disordered eating can slip into a full blown eating disorder within a fairly short period of time.

Plus, even if you’re engaging in erratic eating or exercise behaviors from time-to-time, it can still have a significant impact on your health!

It turns out that disordered eating can cause quite a bit of emotional and physical stress on your body!

Especially if this has been a long-held pattern for you, you might not even notice how many hours are actually spent on your preoccupation with food and exercise – you just take it as a natural part of the way you live.

The other ways that disordered eating might impact you is if your preoccupation is causing you to lose focus, or limit your social interaction with others because you’re afraid of having to eat out, or if you start to lash out against others who you think might be trying to control the way you eat!

It can be a slippery slope – and one that doesn’t have to even exist!

What can you do if you feel like you have disordered eating?

The first step in overcoming disordered eating and getting back to feeling vibrant, excited and fully alive . . . is to tell yourself the truth.

I’ve found that most people who struggle with food or excessive exercise know – deep down – that they have some unhealthy patterns. It’s just hard to admit.

We often feel like we’re failures or somehow less than if we struggle – but the truth is that literally half of us have a hard time when it comes to food or body image!

Recognizing that you’re not alone can give you the freedom to take bigger action. Plus, when you tell yourself the truth, you can often get help.

One of the things I work on with my clients is helping them understand their body, their personal cues and the foods that will help them feel their best.

Education can be one of the biggest deterrents to unhealthy eating patterns.

Plus, working on your self-worth can be a key component to improving your relationship with food. Doing simple things like taking a walk instead of giving into binge eating or reaching out to a coach in a time of need can help you increase your self-worth and value – so you don’t always have to turn to food to cope with the difficult times.

Ultimately, when you free yourself from the restrictions of disordered eating, it’s actually amazing what happens. Everything you’re trying to control through the structures, tricks and tools you put in place. . .  begins to happen naturally (and without effort).

I know from watching my clients that they feel much better when they can ditch the noose around their neck that is disordered eating!

I promise it’s not. All you have to do is take the first step. I’m passionate about helping both men and women break the addiction of disordered eating and find true optimal health.

If you’re interested in learning more, I do offer consultations and can create a plan for you to beat disordered eating once and for all! I’d love to help you.

anxiety diet hopping disorder Disordered Eating eating anxiety eating disorder excessive exercise exercise
Is Disordered Eating Becoming an Epidemic?2019-08-122019-08-13https://merylbrandwein.com/wp-content/uploads/2022/02/bin-logo-r.pngMeryl Brandwein Nutrition - Licensed Nutritionist and Dietitian, Nutritionist Weston, Brandwein Institute for Nutrition and Wellnesshttps://merylbrandwein.com/wp-content/uploads/2019/08/disordered-eating.jpg200px200px
Disclaimer
This site does not provide medical advice, diagnosis, or treatment. Use of this site is subject to our terms of service and privacy policy. All material provided on this website is provided for informational or educational purposes only. Consult a physician regarding the applicability of any opinions or recommendations with respect to your symptoms or medical condition.

We're not around right now. But you can send us an email and we'll get back to you, asap.

Schedule a call with us! 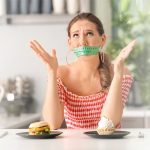 Is All or Nothing Thinking Impacting Your Health?Diet, Healthy Eating 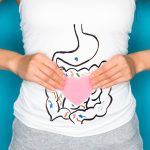 Why You Too Need to Care About Your Gut HealthDiet, Food is Medicine, Gut Health